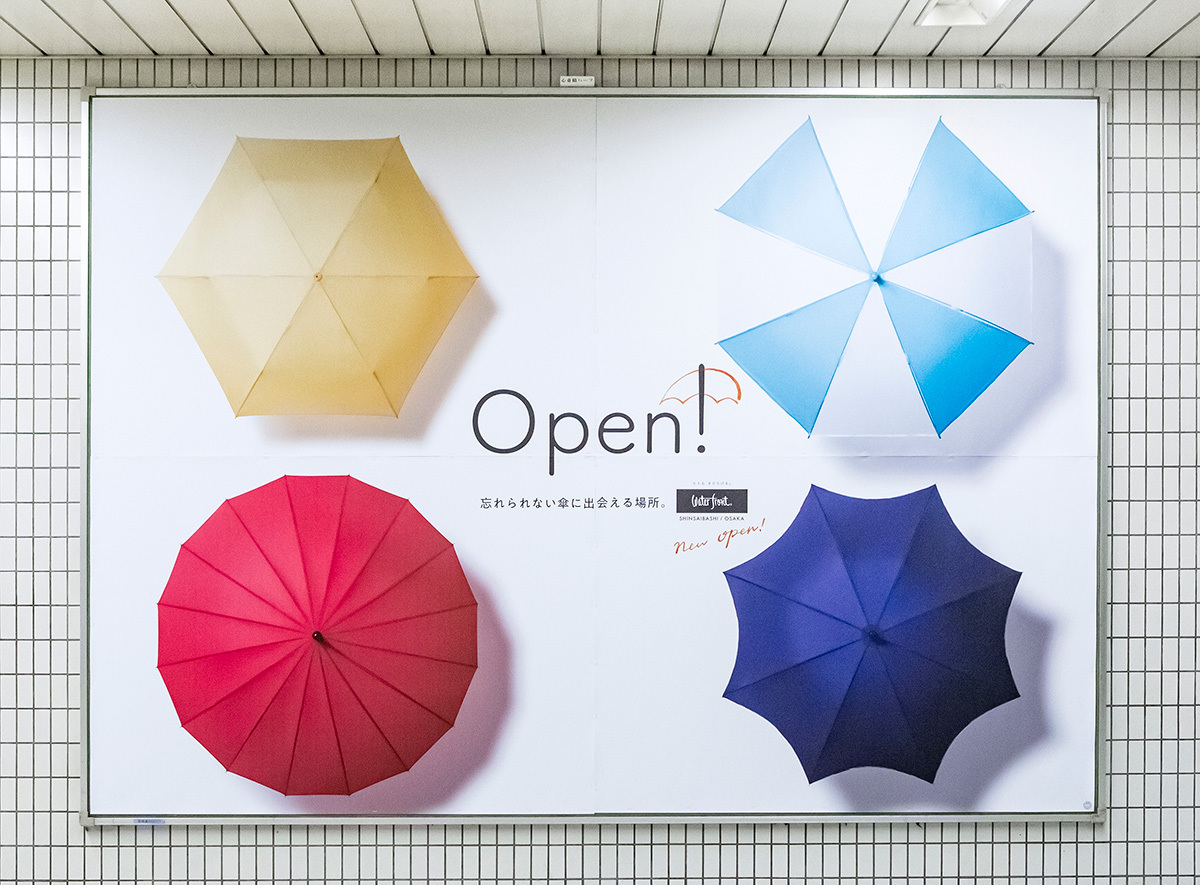 More umbrellas are used in Japan than anywhere else in the world. The main reason is that cheap plastic umbrellas can be bought at most stores. As a result, Japanese consumers have become very careless and often lose them.
In Tokyo, for example, umbrellas account for about 30% of all lost property, with only 1.7% of those lost being claimed by their owners, according to the Tokyo Metropolitan Police Department. Each year, about 80 million umbrellas are disposed of nationwide.

Against this background, Dentsu teamed up with Shu’s Selection Co., Ltd., owner of Waterfront, Japan’s leading umbrella brand. Together, they launched Join Our Fold, a project that aims to reduce the number of discarded umbrellas and promote wider use of compact folding umbrellas.

The idea for the project was originally sparked by data on the use of folding umbrella in Japan and abroad. 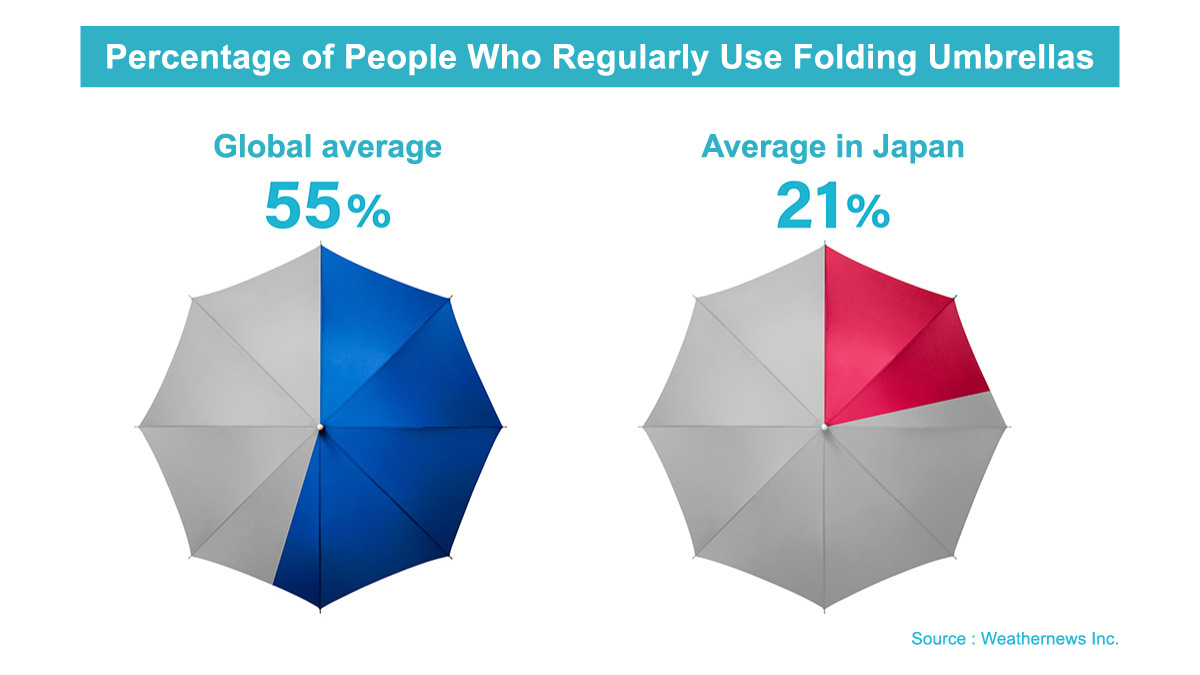 In Japan, less than half as many people regularly use compact, telescopic folding umbrellas compared with the global average. This is surprising, particularly given Japan’s long tradition of precisely folding items such as handheld fans and kimonos.

These days, the umbrella most used in Japan is the cheap, straight, plastic item. Less popular are the collapsible folding umbrellas, made using techniques derived from time-honored craftsmanship. 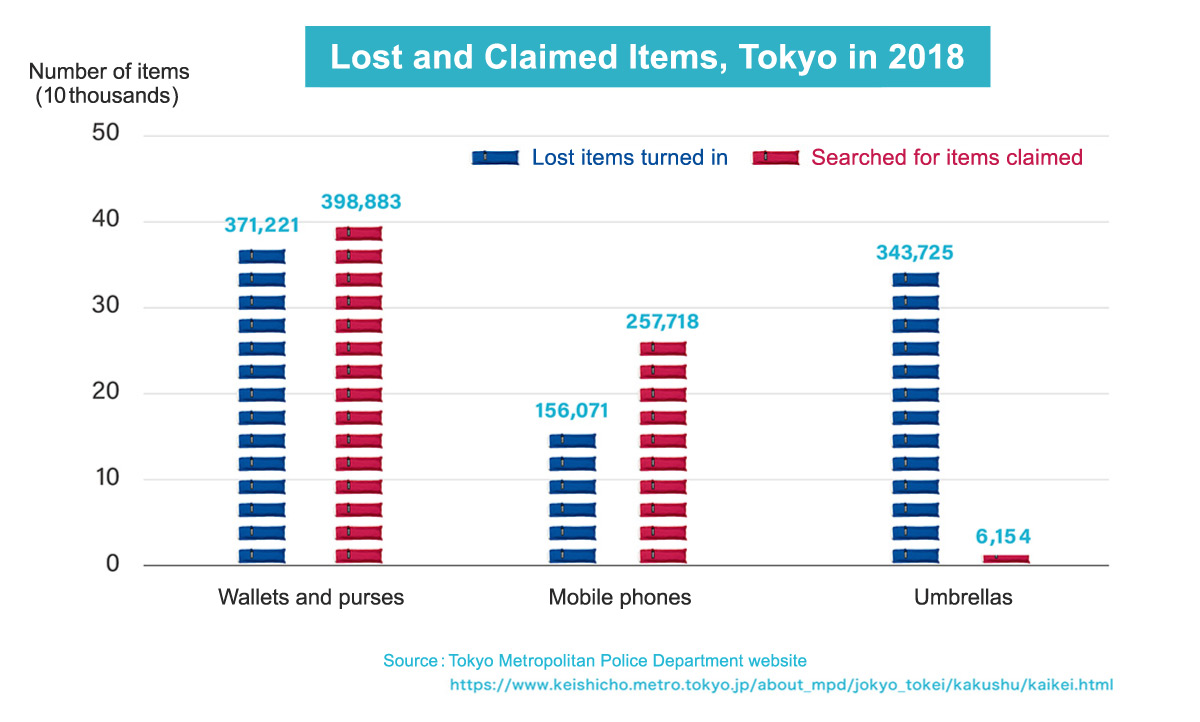 Plastic umbrellas are cheap and convenient, but soon become a nuisance, as users tend to forget and leave them behind. With that in mind, Dentsu’s project team sought to help reduce the number of discarded umbrellas by encouraging Japanese consumers to focus on collapsible folding umbrellas, rather than the straight plastic ones.

The project to popularize compact folding umbrellas was launched with the slogan, Join our fold.

At the center of the project was the client’s new flagship Waterfront store, which embodies the concept of the project’s approach. Japan is home to countless stores that specialize in umbrellas, but they mainly sell straight umbrellas.

This new concept store is the first in Japan to specialize in folding umbrellas. The bustling Shinsaibashi district of Osaka was chosen as the location for the store, The city being deemed the most relevant for the project’s message because it has the highest rate of plastic umbrella ownership in Japan. The client also wanted to tap into the city’s huge overseas tourist trade. 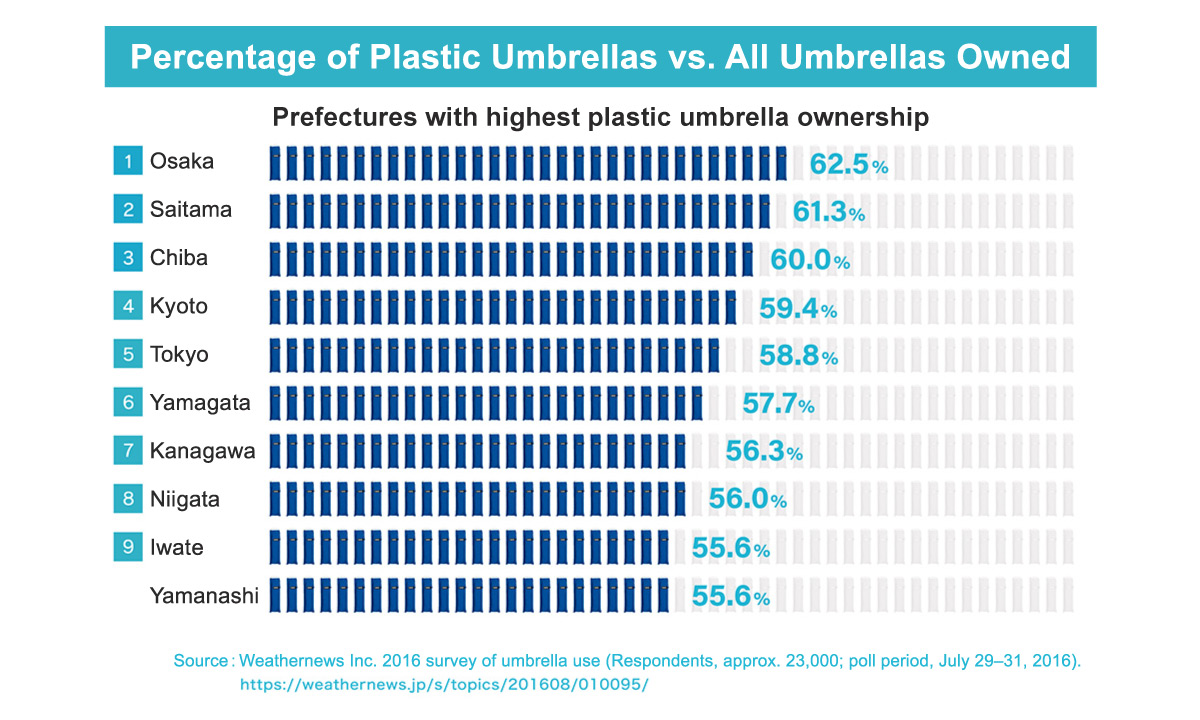 The spacious new Waterfront store has some 1,400 types of folding umbrellas on display in a distinctively designed sales floor fitted with folding-themed fixtures.

For the opening of the new store, the “Join our fold” slogan was used in various advertisements and promotional materials. Leading up to the opening day, a video of folded, compact umbrellas along with the caption, “Opening soon,” was regularly shown on an outdoor digital billboard near Shinsaibashi Station.

Finally, the colorful umbrellas opened up in tandem with the store’s opening day. The opened umbrella version of the ad also featured Japanese copy meaning “a place to encounter unforgettable umbrellas.” The word “unforgettable” expresses both the impressiveness of the products, as well as the campaign’s message of using quality umbrellas that one would not wish to leave behind.

Education and the environment

Children were considered the most import target of the campaign’s message, given that the future of umbrellas is ultimately in their hands. Accordingly, Dentsu created an original children’s picture book for the second stage of the campaign, following the opening of the new store.

The story ends when a plastic umbrella is swallowed by a huge whale, followed by a final message from the Waterfront store, some of which is shown below.

Since long ago, Japan has had a tradition of folding things into small, beautiful objects, just like this picture book. In the same way, people developed techniques for folding umbrellas so that they would not be thrown away.

We make umbrellas that people will want to use for a long time, and always take along when out walking. Wanting everyone to know about these umbrellas, we created the Waterfront umbrella specialty store. 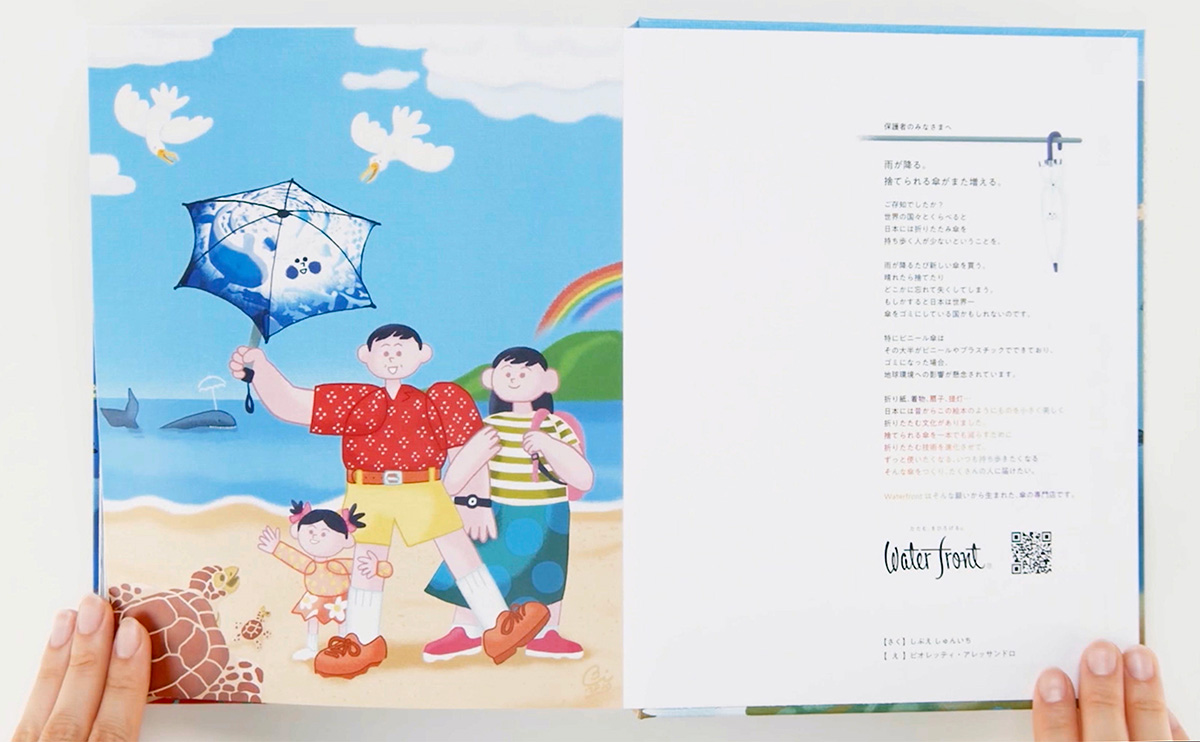 To encourage children to be more attached to their umbrellas, a limited edition of the book had a sticker for use to name one’s umbrella.

The promotional aspect of the Join Our Fold project was always about raising awareness of plastic waste, rather than simply advertising umbrellas. The project was featured in the mass media as an environment-related initiative linked to the UN’s Sustainable Development Goals (SDGs). Thus Dentsu was also informed by Shu’s Selection Co. that selling umbrellas had become socially meaningful for its staff, making them feel more united and motivated.

While Dentsu’s team engage in advertising and promotional design, they regard their activities as “meaningful design.” Now that the functionality of products and services has been commoditized, consumers need a reason to buy something. The era of equating purchasing only with consumption is over.

Purchasing has been transformed into an act that both approves of, and supports, a product or service. In that context, a company’s stance is very important. Companies are not only expected to help achieve the SDGs, but also to offer community solutions. Everyone at Dentsu looks forward to providing clients with such assistance.