The Project during the COVID-19 Outbreak 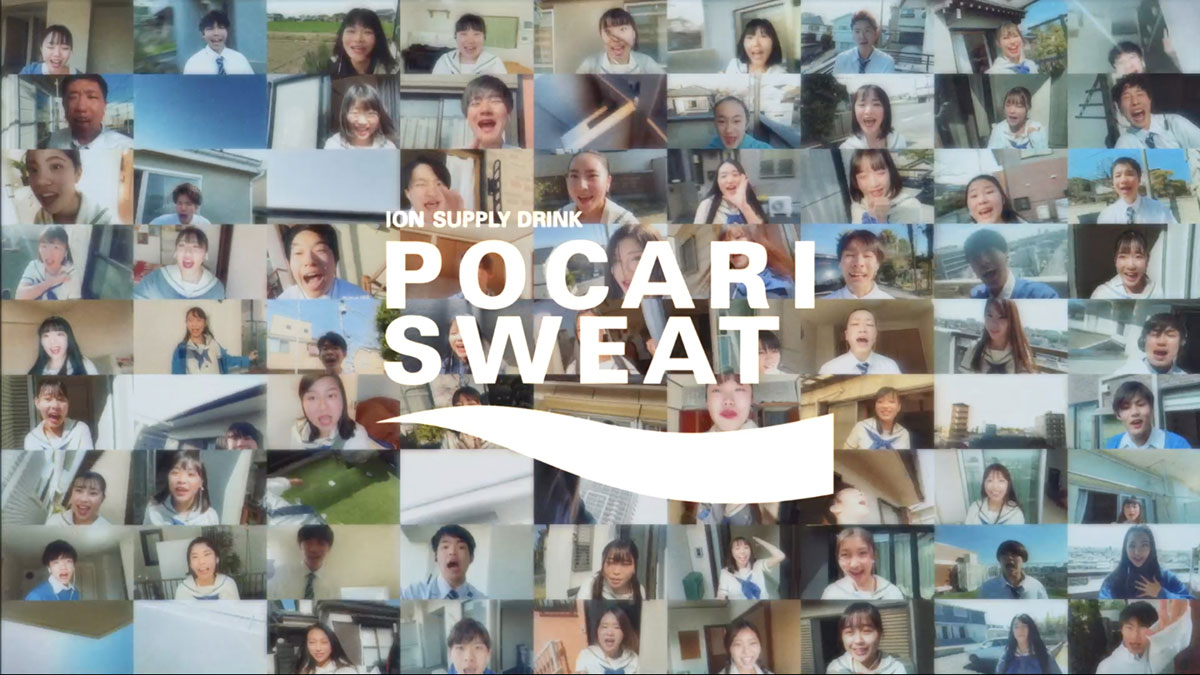 A popular health drink in Japan is Pocari Sweat, made by Otsuka Pharmaceutical Co., Ltd. Since 2016, Dentsu has been promoting the product through a series of television commercials featuring exciting dance routines by students and young people to convey the brand’s concept of vitality.

In 2020, Dentsu planned to use a new Japanese ad title (which can be translated as “turn thirst into power”) and produce a novel television commercial featuring a high school student chorus. Just before the commercial’s mid-March film shoot, however, the Japanese government announced that elementary, junior, and senior high schools nationwide would be temporarily closed, effective February 27, due to COVID-19.

Facing unprecedented circumstances, Dentsu’s team in charge of the campaign met with the client to discuss the commercial’s planned film shoot, which was to involve many students at school locations. It was agreed that filming would be cancelled, and that the entire Pocari Sweat spring campaign may have to be called off, since the pandemic was growing more serious.

While discussions were held within Otsuka Pharmaceutical, Dentsu’s team explored possible ways to continue engaging with consumers amid the peculiar situation brought on by the pandemic.

The team members reached a consensus on two important matters as they planned a new campaign: they would keep the brand message of the original campaign, and quickly make decisions and changes with more flexibility than ever before.

The team focused on how junior and senior high school students?the main target of the campaign?express themselves nowadays by posting videos of their performances on social media. Inviting students to submit videos of dancing and singing to the theme song of the ad campaign, the team then found they could compile the contributions and produce the commercial.

Although having students take the initiative in participating was a new approach, it seemed the only feasible option given the pandemic. After deciding on the production methods and promotional plan, the team set up a presentation with the client.

On March 5, the Dentsu team proposed production changes and procedures for the new campaign to Otsuka Pharmaceutical’s president. The client not only decided to continue the spring campaign as planned, but was also very enthusiastic about starting it as soon as possible and involving the participating high school students and all relevant employees at Otsuka Pharmaceutical.

As the Dentsu team worked closely with the client to push on with the campaign, it was launched about one week earlier than the originally scheduled date of April 16.

The new commercial starred 15-year-old actress and model Yuki Shiotani along with 97 junior and senior high school students, who had submitted videos of themselves singing the theme song at home.

Capturing the genuine feelings and imagination of high school students staying home during the COVID-19 pandemic, Dentsu’s team compiled moments from each of their videos into a single production, calling the commercial Neo Gasho (new chorus).

The team also produced a short back-story video about the production, showing scenes of the students making their own videos and creating synergy with the television commercial.

Dentsu started the campaign without a hitch on April 10, generating a media buzz beyond what the team had imagined possible. More and more people seemed interested in the commercial, as communities searched for new ways of communicating amid increasing calls to stay home and limit outings.

Despite the pandemic, Dentsu’s team was able to produce a timely, relevant campaign for young people and the general public by quickly adapting its production methods while staying true to the product’s brand message. 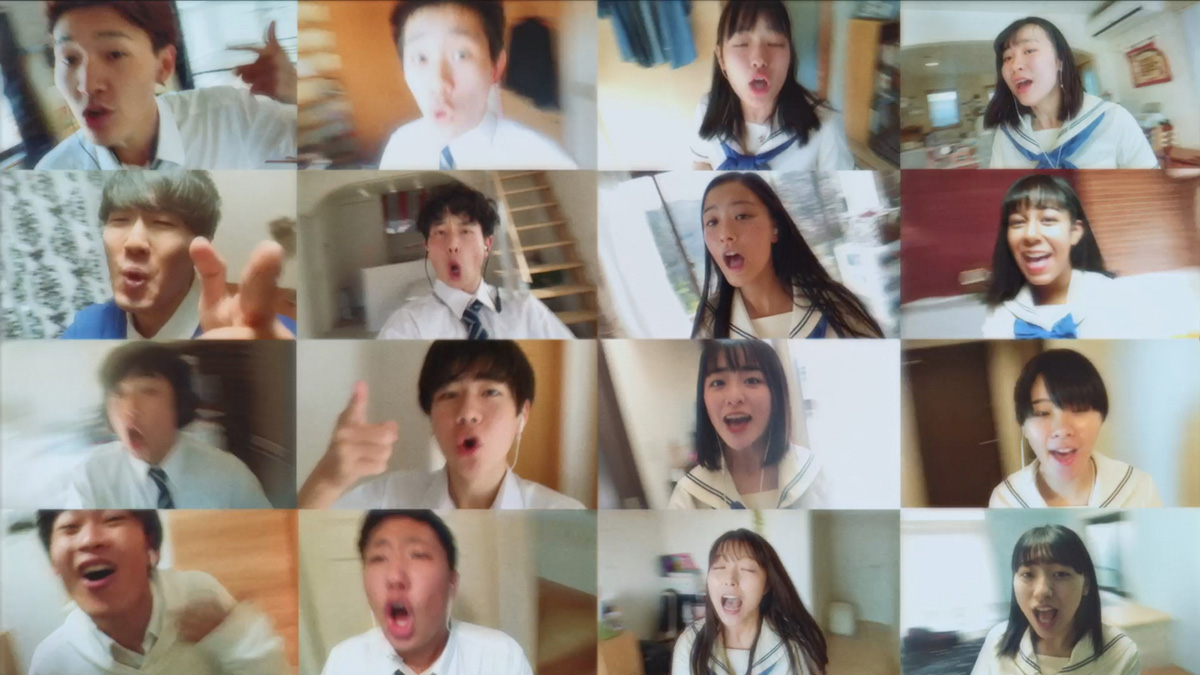 Although it had appeared that the project could not continue, the team overcame the difficulties by drawing on their practical experience and innovative ideas. Building on the momentum of this success, they hope to continue taking on big challenges.